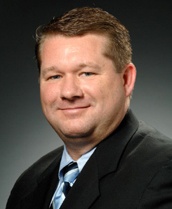 Jerry Pearson is currently the CEO of Enterprise Healthcare Services and Software Solutions (EHS3).  EHS3 is a company that is focused on providing training, solutions and software to enhance the current capabilities in healthcare today.

In 1999, Mr. Pearson co-founded Enterprise Performance Systems, Inc. (EPSi), a leader in business decision support solutions where he was Chief Operating Officer. When Mr. Pearson worked with EPSi, he took on the responsibilities of overseeing the complex aspects of operations, system installations, training and support. His group installed systems and provided client training for budgeting, productivity, cost accounting, and contract-management applications.

In 2008, Eclipsys Corporation purchased EPSi and Mr. Pearson became Vice President and General Manager of the Analytics team.  He remained in that position through the acquisition of Eclipsys by Allscripts Corporation when he decided to move on to other opportunities. 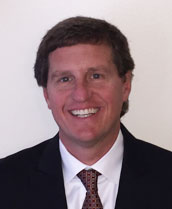 Andy Metzger is currently the CTO of Enterprise Healthcare Services and Software Solutions (EHS3).  EHS3 is a company that is focused on providing training, solutions and software to enhance the current capabilities in healthcare today.

Andy Metzger is a founder for Enterprise Performance Systems, Inc. (EPSi), the leading decision support and budgeting system for hospitals nationwide.  Mr. Metzger was Chief Technology Officer and lead developer for the EPSi suite of software products and was instrumental in the design and development of the award-winning software.

In February of 2008, EPSi was acquired by Eclipsys Corporation where Mr. Metzger remained the VP of development for the EPSi suite of products.  He continued to enhance the suite of applications including the redesign of the systems reporting capabilities and the addition of a user defined database extension that is fully integrated into the current suite of products.  Mr. Metzger remained at this position until May 2012 when he left to explore other healthcare areas of interest.

His career in healthcare information technology started in 1991 with Innovate Software Solutions after earning an undergraduate degree in computer information systems from Missouri State University. 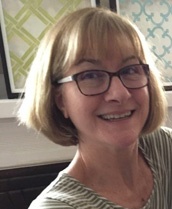 Prior to joining EHS3, Debbie was the AVP for the Allscripts EPSi consulting and implementation Team.  She joined EPSi in 2006 as a consultant focusing on Budget Manager and later managed the Team which was at its peak 27 strong.

Prior to joining EPSi, Debbie was a VP of Finance at a health system in the Chicago suburbs.  In that role she managed the entire Revenue Cycle as well as the Finance Team that included accounting, reimbursement, budgeting and decision support.  Debbie also held roles as Director of Decision Support for four years and Controller for thirteen years for two different Health Systems.  As Controller she managed the decision support team in addition to accounting, reimbursement, budgeting and treasury.  In this role she developed cost accounting, product/service lines and budgeting in multiple software systems.  She also negotiated managed care contracts and monitored/recovered the underpayment of paid claims for those contracts.

Debbie has managed operational and capital budgeting processes in all the roles mentioned above which included long range financial planning, creating pro-formas for capital projects by utilizing the decision support service line metrics of volume by physician, service lines and costs developed in the decision support systems.  She also has used various benchmarking products to assist organizations in measuring and monitoring strategic initiatives and process improvement.

Debbie has a Master of Business Administration with emphases in healthcare from Keller Graduate School of Management and a Bachelor of Science from Indiana State University in Education, major in Accounting. 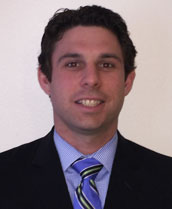 Prior to joining EHS3, Geoff was a Solutions Architect for Allscripts EPSi, joining that Team in June of 2008. Geoff has led numerous successful implementations and consulting engagements in a variety of healthcare settings that include medical practice and acute care Hospital facilities, single and multi-facility organizations in nonprofit and for-profit environments. As a Cost Manager consultant he gained firsthand experience with the development and maintenance of activity costing systems. His experience as a decision support consultant also includes clinical analysis, service line development, and profit/loss projection and reporting.

Geoff has a Bachelor of Science – Business Administration with an emphasis in Finance from Truman State University. 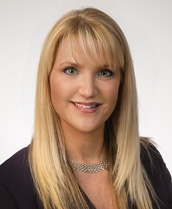 Christine joined the team as in October 2017  bringing with her over 20 years of health care experience in all facets of decision support, analytics and financial management.

Previous to her consulting experience Chris served as the Senior Director for Budget, Decision Support and Business Intelligence at a Kaleida Health, a large multi-entity health system in Buffalo, NY.  She led the operating budget process for the entire system as well as the site financial management teams.  In this role she was also responsible for the decision support, cost accounting, budget and business intelligence teams.  She worked directly with executive leadership to deliver key analytics and was responsible for all financial reporting for the system.

In addition, Chris herself has experience in cost accounting, contract modeling, budgeting, decision support, general ledger accounting and site operational finance.  She served in all of these roles and worked her way up to become a site Business Advisor, Manager of Decision Support, Director of Budget and then eventually the Senior Director role at Kaleida Health.

Chris was selected to serve on the EPSi client advisory group and has published outcome studies and given numerous presentations at Allscripts/EPSi conferences.

Chris has a Bachelor of Business Administration/Accounting from the State University of New York at Buffalo. Prior to joining EHS3, Jim was engaged with the Arizona Department of Corrections (Corizon Health) as a Healthcare Compliance Facilitator monitoring performance initiatives to improve clinical outcomes. Previous to his compliance reviews, Jim served as Manager of Decision Support at Phoenix Children’s Hospital in Arizona; Daughters of Charity Health System in California; and St Mary Medical Center in California as well as Controller and Director of Operations for multi-specialty medical facility. In his roles, he was responsible for CDM, Cost Accounting, Business Intelligence, Financial reporting and functionality of the Decision Support system.

Jim was selected to serve on the EPSi and Trendstar client advisory groups and has published outcome studies and given numerous presentations at the Allscripts/EPSi and McKesson/InSight conferences.

Jim holds a Master of Business Administration from Buxton University and a Bachelor of Science in Business Management from Pepperdine University.